View cart “Pipeline Integrity Assurance” has been added to your cart.
Andrew, Palmer

Introduction to Petroleum Exploration and Engineering

This book is an introduction to oil and gas designed to be both accessible to absolute beginners who know nothing about the subject, and at the same time interesting to people who work in one area (such as drilling or seismic exploration) and would like to know about other areas (such as production offshore, or how oil and gas were formed, or what can go wrong).

It begins by discussing oil and gas in the broader context of human society, and goes on to examine what they consist of, how and where they were formed, how we find them, how we drill for them and how we measure them . It describes production onshore and offshore, and examines in detail some instructive mishaps, including some that are well known, such as Deepwater Horizon and Pi per Alpha, and others that are less known. It looks at recent developments such as shale oil, and concludes with some speculation about the future. It includes many references for readers who would like to read further. The mathematical content is minimal, and can be skipped. 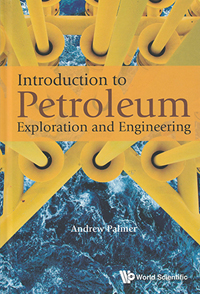 You're viewing: Introduction to Petroleum Exploration and Engineering $72.00
Add to cart